A Year Out From New Mexico

After making an appointment for an emergency dental appointment and just trying to survive with pain for the day, I arrived for my late night appointment with Dr. Pantangco at On Demand Dentist. Thank the maker for such a 24/7 business of emergency toothache relief. His office was very modern and high-tech with me filling out forms on both an Asus notebook with a touch screen as well as on an iPad. He even had Foursquare check-in for discounts and accepted Google Wallet payments.

His stand-up X-ray machine was much more convenient than the older methods of clamping your teeth down on uncomfortable pads. He also had a giant high-def 3D TV on the wall above the exam chair, which unfortunately was static the whole time with a promo shot of the Green Lantern movie.

That Dr. Pantangco was available on this same day was the good news. The bad news, which I wouldn’t learn until the procedure started, was that it was one of the most excruciatingly painful events of my life, none of which were Dr. Pantangco’s fault. I would have enjoyed the distraction of even watching Green Lantern.

I had three major factors going against me during the procedure: 1) the tooth in question was what remained of an old root canal and crown that had broken off years ago and had left half of the metal post still lodged in my tooth and jaw which helped fuse the tooth to my jaw, 2) that there was a large infection at the root of the tooth that unfortunately could not be anesthetized because of an acidic PH factor ineffectiveness between the infection and the lidocaine, and 3) that he noticed right away from the X-rays that I clench my teeth a lot, which sets my teeth even further into my jaw.

After an hour of me sweating, shaking, panting and writhing, and him injecting, digging, scraping, cutting, drilling, pulling, burrowing, carving, wrenching, torquing, cleaning, plowing, plumbing, grade-checking, jack-hammering, mining and silently cursing, it was over. My shivering and astronomically high blood pressure lasted another ten minutes.

Not the kind of experience I was hoping for but it had to get done. I just wish it would have been on someone else. 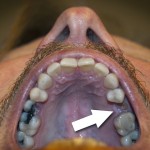 The infected tooth in question 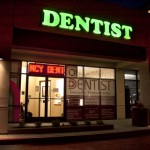 Not so ominous looking during the day 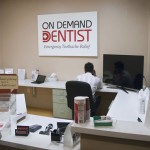 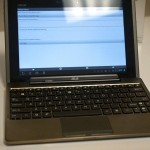 The Asus I filled out information on 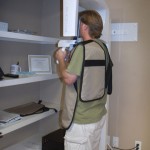 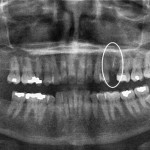 My choppers with the scoundrel highlighted 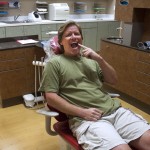 Me before the procedure 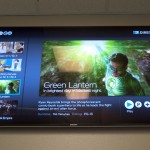 The Green Lantern image I tried to focus on

From the @MorningBrew crew on this May the 4th; Following the destruction of the Death Star, the Galactic economy was set to enter a depression of “astronomical proportions.”  https://www.morningbrew.com/daily/stories/2020/05/03/imperial-banking-system-far-away-fail

Your support is critical to the animals and plants in our care and vital to wildlife worldwide. Your gift will go directly to our most urgent needs and is more crucial now than ever before: http://sdzsafaripark.org/donate

#SleepingBeautyCastle all shiny and glowy and refl