This evening I attended a free lecture on Antarctic Killer Whales at the Natural History Museum in Balboa Park. It was presented by Robert Pitman and John Durban, two members of NOAA‘s Southwest Fisheries Science Center here in La Jolla. They were part of the BBC documentary team that travelled to the Antarctic to video killer whales for the “Frozen Planet” series on the Discovery Channel.

It was a fascinating lecture and I learned more about killer whales in one hour than I had in dozens of visits to SeaWorld. I never knew that there are at least three, and possibly as many as five, different species of killer whale, and that, like elephant herds, killer whale pods are matriarchal.

The presenters also talked about how carefully planning the orcas are in their feeding habits, that it is a very precise, group method, and that each species feeds on it’s own type of prey, be that fish, very specific seals or smaller minke whales.

The single fact that probably surprised and amazed me the most was to learn that while SeaWorld’s killer whales live to be around 20, which I thought was long, those in the wild, depending on species and conditions, can live to be as much as 80 years-old, with some females living to be 100. There are some killer whales swimming around the southern oceans who have been around since before World War I.

After the lecture I spoke with Robert Pitman and his wife, who occasionally accompanies him on his yearly month-long trips to the Antarctic, about the killer whales that SeaWorld has in its parks. He said that while he doesn’t like that the animals are kept in captivity in such a way, he also recognizes that it is important in that it is the only opportunity that most people will ever get to see one in person and that it creates enough of an interest, especially in youth, to learn more about them.

I came away from this evening’s presentation appreciating killer whales much more than I already had. Plus we got a cool, free “Killer Whales” poster of which I took three. (They had plenty.) 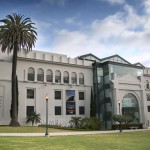 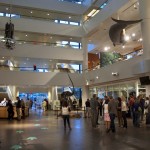 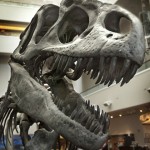 Allosaurus in the atrium 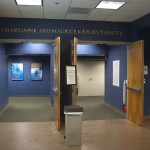 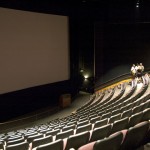 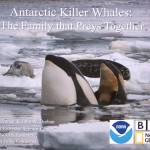 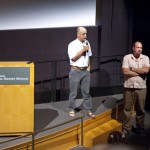