Voting For A Mayor Of The Non-Harrassing Kind

Attended a wildlife lecture at the headquarters of the Hubbs-SeaWorld Research Institute, my first time there, adjacent to SeaWorld here in San Diego. It was jointly presented by the San Diego chapter of the American Association of Zoo Keepers and the Avicultural Society of America.

The presentation dealt with the Piping Plover‘s critical habitat recovery and conservation project around the Great Lakes area of the U.S. and was given by Ann Knutson from San Diego Zoo Global and current president of SDAAZK.

Her lecture had some really good and important information that can just as easily relate to other animal conservation issues and have become very familiar to both professional and amateur wildlife conservationists everywhere, such as climate change, loss of habitat and the introduction of non-native species of animals and plants. Unfortunately her talk was a bit choppy and unnatural. She wasn’t very comfortable presenting in front an audience, small as it was. (There was only about 20 of us in attendance, and four of those were her family members.) And every time I see one of these lectures my years of creating support graphics for these presentations bubbles to the surface and I want to go up and tell the speaker how to improve their slides.

Her presentation focused on the duties she and her team had while out there, which included handing rescued eggs and the subsequent chicks that emerged. She showed slides of the indoor enclosures as well as the outdoor habitats they used to rear the birds. She said the Plover’s numbers have been steadily dwindling over recent years mainly because of fewer viable eggs and the low success rate of hatchings, but that she and the other aviculturists feel like they are starting to make a difference.

After the presentation I waited around to ask her about two slides she showed, one which had a very young chick standing next to a mirror in it’s enclosure and another one of a clutch of eggs all with their pointy ends facing each other in a circle. During the lecture she made a point of mentioning how important it was to have them laid that way in the sand.

I asked her first about the mirror and she said it was so the chick, which couldn’t recognize itself, would feel like it was not alone, as if it were part of a group. About the eggs pointing inward she said that it was to make it more comfortable for the chicks to hatch since they emerge from the easier to break, larger ends of the eggs.

It felt good to attend another informative, free lecture where I learned stuff. Especially since this one had snacks. 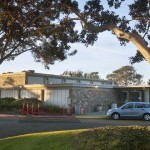 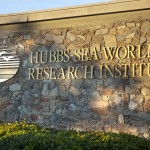 I just said that 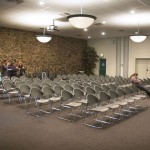 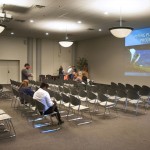 Shortly before the presentation 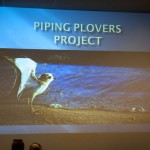 Start of the lecture 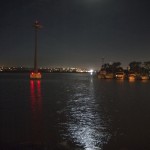 Supporting humanitarian scientific research is important to me. That's why I donated 3 days of my computer's processing time to @WCGrid last week. Join me! https://autotweet.worldcommunitygrid.org?recruiterId=1115314

Since Trump’s almost out of office, I figured this would be a fun time to remind everyone of the weirdest & dumbest sh*t our failed dictator did in the last four years that we totally forgot about.

Starting with a classic:

STARING DIRECTLY INTO THE SUN DURING A SOLAR ECLIPSE

Supporting humanitarian scientific research is important to me. That's why I donated 3 days of my computer's processing time to @WCGrid last week. Join me! https://autotweet.worldcommunitygrid.org?recruiterId=1115314