Loud And Slow, And Lighter Than Air

Attended what turned out to be a really entertaining presentation about a multidisciplinary expedition to Sierra Cacachilas in Mexico’s Baja California Sur by some of the staff from the San Diego Natural History Museum in Balboa Park here in San Diego. 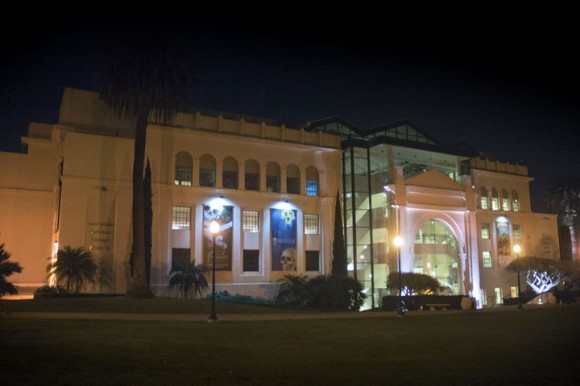 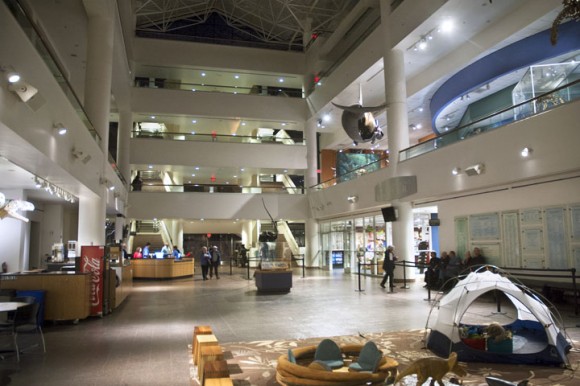 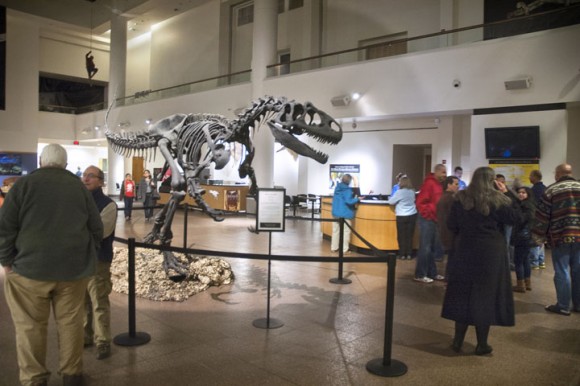 The trip occurred last October and November but only recently has the team been able to label most of the specimens they returned with. Most of the total specimens stayed down in Mexico, at least for now.

When I first walked into the lobby I right away noticed the life-sized pirate figures that the staff had brought out to help promote the upcoming “Real Pirates” exhibition in February. 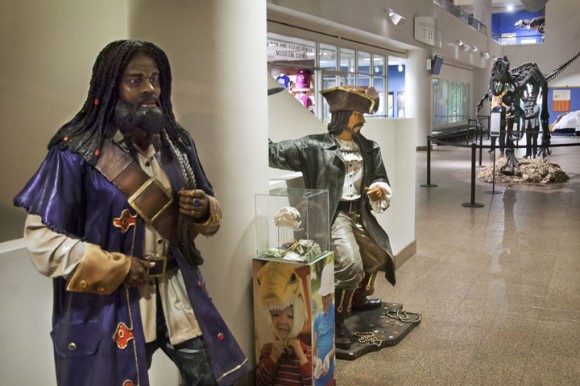 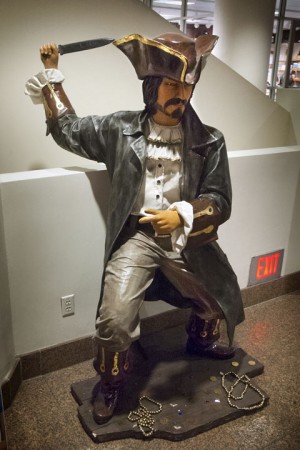 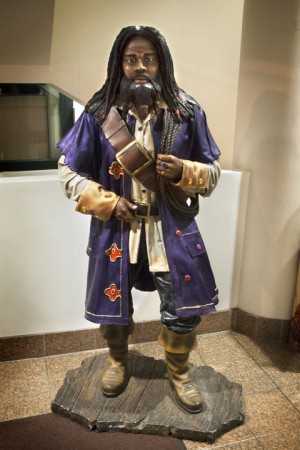 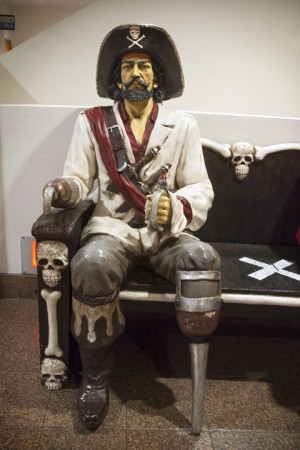 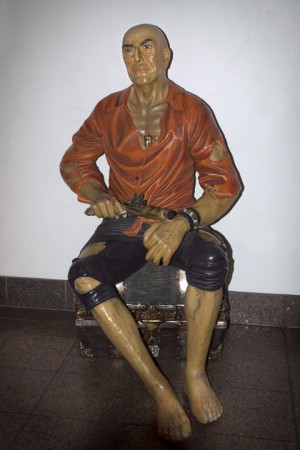 At about quarter to 7:00 we were allowed to start heading into the Kaplan Theater to take our seats. I even spotted a pirate figure sitting in the seats, patiently waiting for the presentation to start. Unfortunately, no photography was allowed once the presentation began. 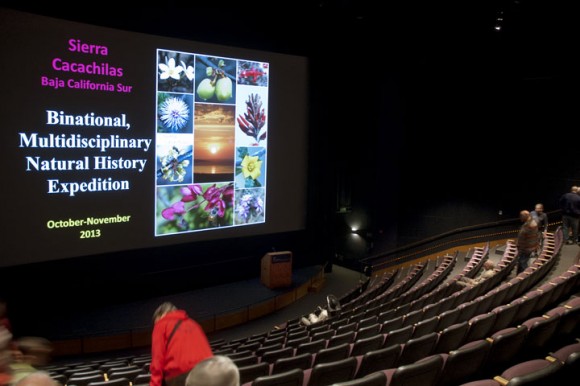 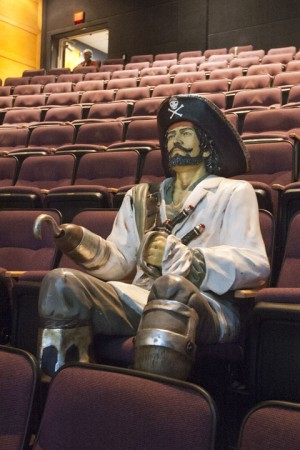 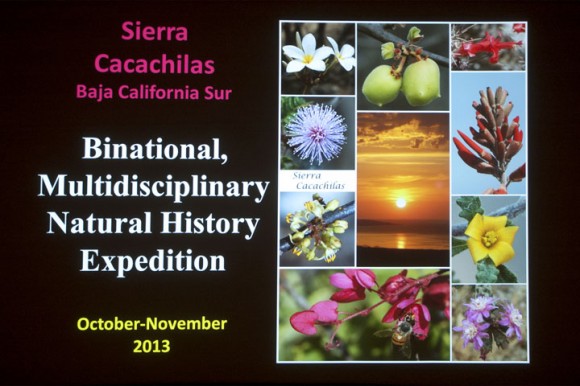 The show kicked off with a few remarks by the museum’s President and CEO, Dr. Mick Hager, who always introduces himself as the museum’s oldest fossil. The actual trip tales started with Rob Rebman, curator of the museum’s botany department. His enthusiasm for all thinks flora made his portion of the evening’s presentation very enjoyable. And it really showed me how amazingly little I know about plants.

After Dr. Rebman had finished his twenty minutes, my friend, Michael Wall, took the stage. He is the curator of the museum’s entomology department as well as VP of Research and Public Programs. He began by speaking on behalf of the herpetology department about some of the reptiles they found, mainly snakes and lizards, before switching into his comfort zone of insects and arachnids. There were some cross-over stories. For example, he showed a slide of a large rattlesnake whose diet consists of mainly eating giant, venomous centipedes called Skolopendra gigantea.

He also showed on image of a large, immature male spider which they as yet cannot identify. I noticed that one of its legs was a lighter color than the rest, which I asked him about afterwards. It took 55 years on this Earth for me to learn that spiders, when they molt, have the ability to regenerate limbs they have lost.

Both presenters stayed for a while afterwards to answer some questions and show a few of the museum’s samples of what was talked about tonight. 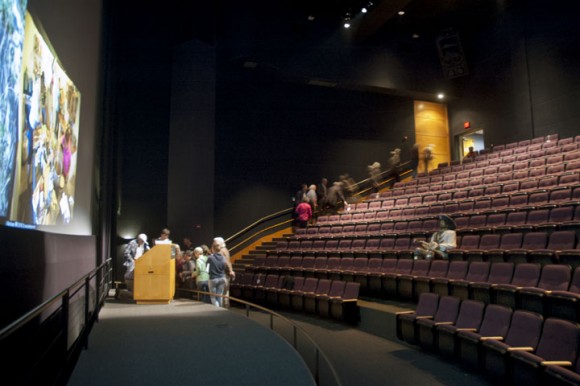 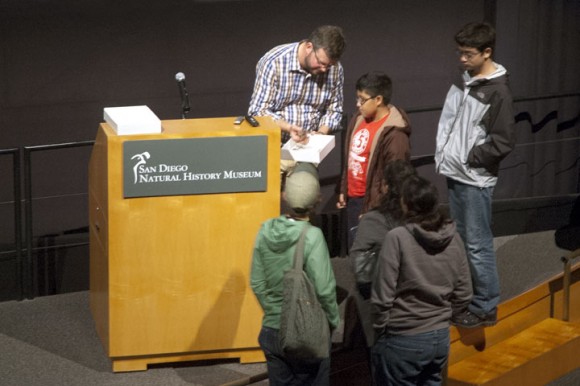 It was a fantastic night of edutainment. A smaller team will go back for a less detailed follow-up expedition in May and I’m already looking forward to what they will present when they get back.