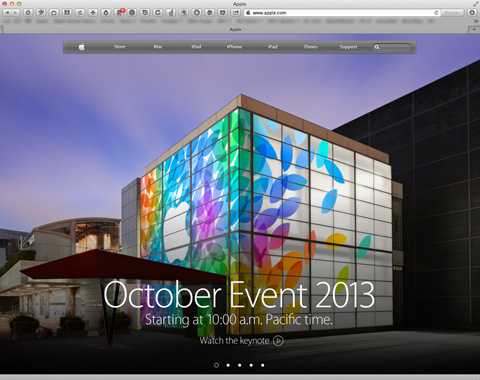 The event began, as always, with CEO Tim Cook talking about the company’s impressive numbers for the past year. 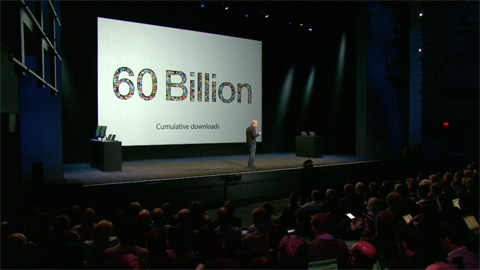 He then handed the clicker off to Craig Federighi, Senior VP of Software Engineering, to go over OS X Mavericks, Apple’s latest operating software. The two main new features I’ve been waiting for are tabbed finder windows and being able to tag files for easier search. 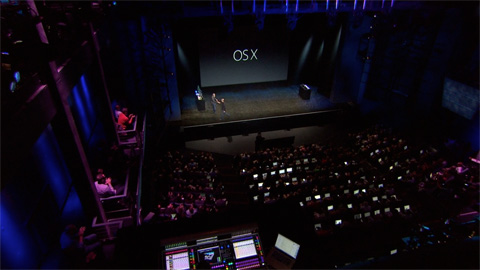 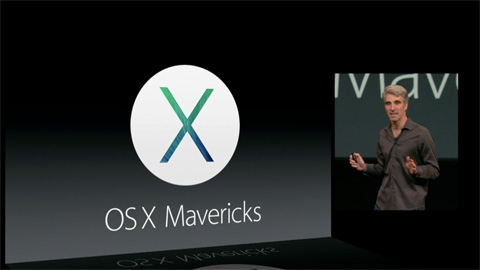 Craig surprised everybody when he announced that Mavericks will be a free upgrade to anyone owning a Mac going back as far as Snow Leopard.

This made everyone in attendance pretty happy. (Apple never really made it’s money from software anyway. Hardware is where it gets most of it’s revenue. So, as cool as a gesture as it was, it won’t affect Apple’s bottom line.) 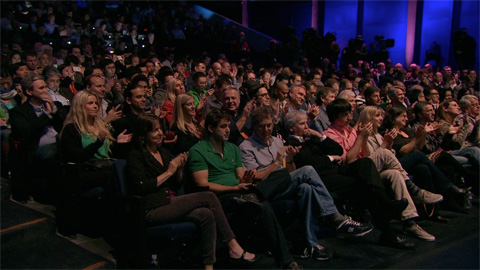 Next up was Phil Schiller, Apple’s Senior VP of Worldwide Marketing, to talk about the new, more powerful but less expensive, retina display 13 and 15 inch MacBooks. 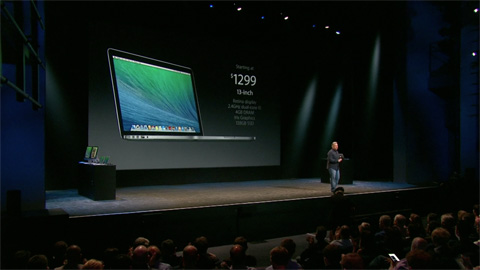 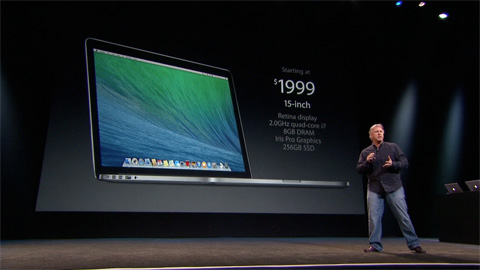 This also made the audience clap. (Does nothing make these people smile?) 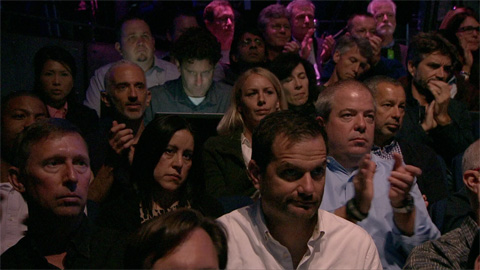 Phil then went on to describe the amazing new Mac Pro that was teased about a few months ago. A beautiful machine that’s definitely geared toward the serious industry professionals. 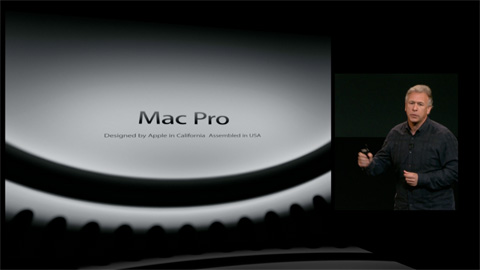 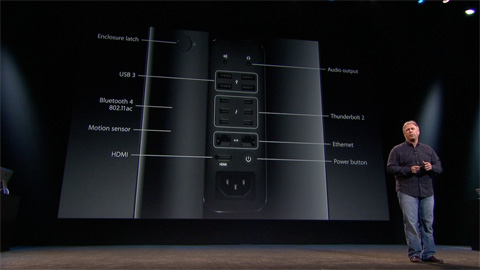 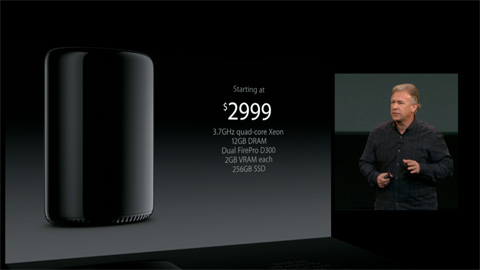 Phil was followed by Eddie Cue, Senior VP of Internet Software and Services. He began talking about the new updates to Apple’s iLife suite of apps: iPhoto, iMovie and GarageBand, free to anyone buying a new Apple device. 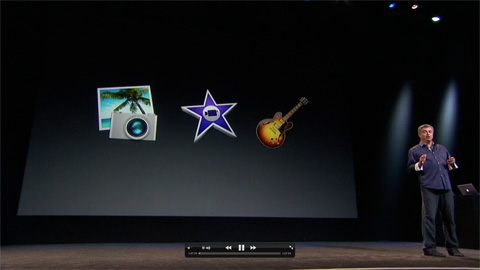 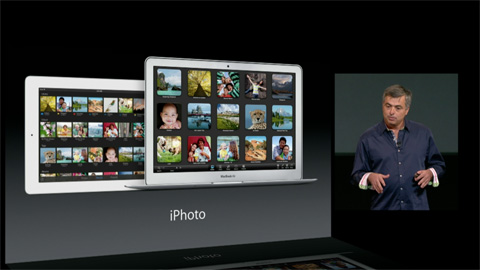 He then talked about the updates to Apple’s iWork apps: Pages, Numbers and Keynote, also free to those buying new devices. 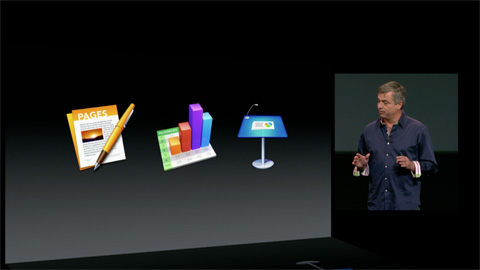 He also demonstrated the real-time collaboration of the iCloud version of Pages. 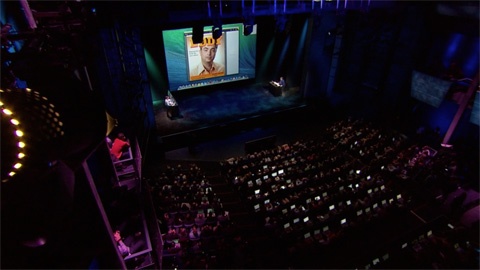 All the software announcements finished, Tim Cook came back up on stage to talk about the iPad’s impressive dominance in the tablet market. 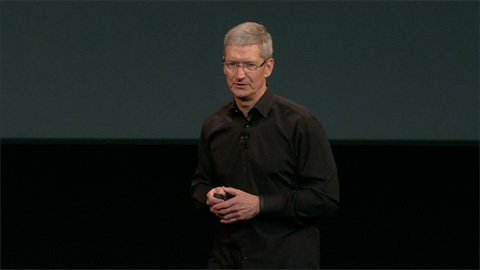 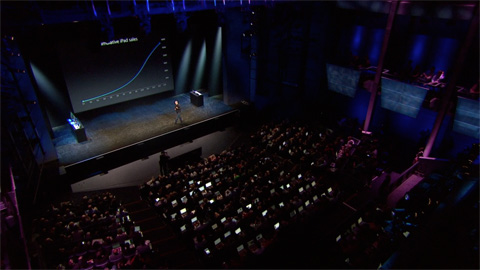 This was getting everybody’s expectation juices flowing since everyone knew there would be a new iPad announcement. He brought back Phil Schiller to introduce the new iPad Air, a name that no one, not even the tech rumor sites, saw coming. 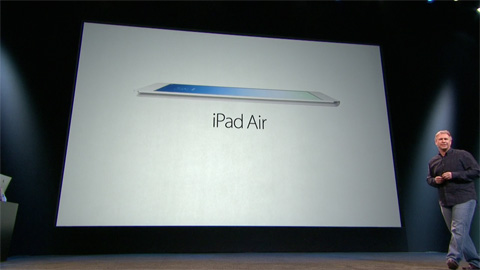 He went through all the usual improved specs and thinner, lighter design. It truly is an astounding piece of engineering. 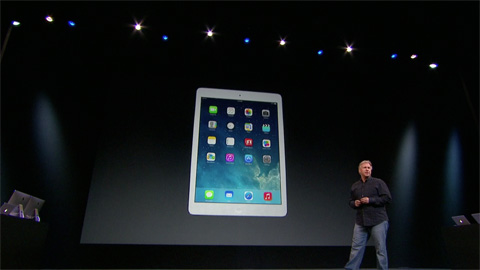 He ended showing the entire family of iPads now available. 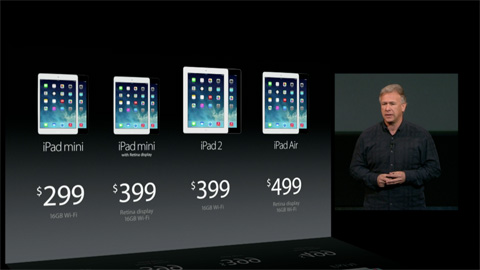 Tim Cook came back on stage to close the event and to thank everyone for attending.

I decided to wait for a few days before upgrading my OS to Mavericks, just to make sure all the initial upgrade kinks were ironed out. All in all, it was a robust event.

A word to my fellow principled conservatives and Republicans: Voting for Biden doesn't mean you agree with every position he holds or that you can't oppose decisions he makes as president. It just means that you're prioritizing the Constitution, truth & decency in this election.

Wearing a mask is not comfortable.

Here’s why I wear one anyway.

RT’s would be appreciated.

Your voice matters, now more than ever. Make sure you’re registered to vote for #Election2020. Get started here ⬇️

Oh to sleep like a dog and know nothing of American politics. #Stitch, the handsome and unashamed #Cockapoo at #CasaTapia for #DogsOfTwitter

I hate that my first reaction to learning of the passing of #RuthBaderGinsburg wasn’t “Oh, how sad” but instead was “Oh no” #RIPRGB