Drove up to Mt. Soledad for a quick lunch-time visit to try and re-shoot some images I took last week. Even though it was a cloudless, blue sky kind of day, everything at sea level was just too darn hazy to get any decent shots. That was disappointing and just meant a return trip on another day.

On the positive side I happen to come across a ceremony that was taking place which was obviously some kind of military memorial ceremony. When I got out of my car I heard them reading names of soldiers who had died. After the list of names were read aloud, one gentleman played taps on his bugle and then the ceremony was over. It was an emotional moment for me shared with a group of people I had never met before, and most likely will never meet again.

I ended up taking some pictures of the gathering instead of what I originally went up there for and at the end of the ceremony I chatted with one of the elderly participants. He told me it was a biennial event for the Navy’s disestablished VP-48 Patrol Squadron stationed out of NAS North Island from 1953 to 1991 that remaining service members hold to honor their fellow crew who have since passed away. I thanked him for his service and then I left.

It was a cool, little moment in time to be a part of. 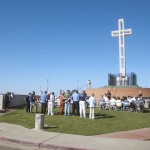 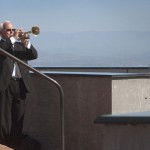 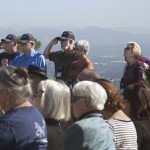 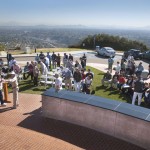 End of the ceremony 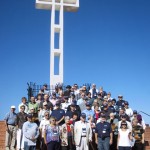 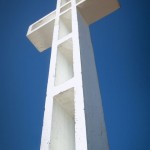 A word to my fellow principled conservatives and Republicans: Voting for Biden doesn't mean you agree with every position he holds or that you can't oppose decisions he makes as president. It just means that you're prioritizing the Constitution, truth & decency in this election.

Wearing a mask is not comfortable.

Here’s why I wear one anyway.

RT’s would be appreciated.

Your voice matters, now more than ever. Make sure you’re registered to vote for #Election2020. Get started here ⬇️

Oh to sleep like a dog and know nothing of American politics. #Stitch, the handsome and unashamed #Cockapoo at #CasaTapia for #DogsOfTwitter

I hate that my first reaction to learning of the passing of #RuthBaderGinsburg wasn’t “Oh, how sad” but instead was “Oh no” #RIPRGB