I, And My iPhone, Have Arrived

Ever since Steve Jobs announced Apple’s iPhone during his keynote at Macworld on January 7, 2006, it has been the one piece of electronic equipment I’ve been craving more than any other.

Today, more than eight years later (really?) I am finally putting in my order for one. At first I waited because I was on T-Mobile and didn’t want to switch to AT&T. Once Verizon started carrying it in February of 2011 I considered switching, but decided to wait. I always knew T-Mobile would eventual sell it as well. But I had to wait for Sprint (October 2011), Cricket (June 2012), and even Virgin Mobile (also June 2012) to start carrying it before T-Mobile would in April 2013. By then rumors of the iPhone 5s started swirling about, so even more waiting was needed. I wanted to have the latest model.

When I drove to the local T-Mobile store I was giddy with excitement. Walking in I was still trying to decide on either the white, slate grey or even the champagne. They didn’t have any champagne models to look at, so I finally decided on black, realizing it just looked the coolest.

Then came the next hurdle. I knew the 16GB model was too small and the 64 GB was more than I needed, plus it was $100 more than I wanted to spend. I told Robert, the store manager who assisted me, that I wanted to get the 32GB black model. He told me they didn’t have any 32GB models in stock. I would have to order it.

So we filled out all the paperwork, changed my phone plan from what I had for years (finally adding data), put down a deposit, and almost two hours later walked out of the store…without my iPhone. 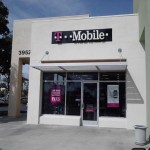 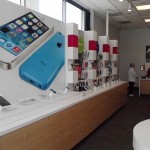 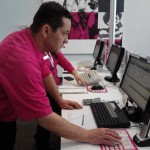