The Titanic And A Crystal Skull

Met my friend Lannie and her kids at the San Diego Natural History Museum in Balboa Park to see “Titanic: The Artifact Exhibition.” Even though photography was not allowed I enjoyed it immensely. They took great effort to add as many stories to the artifacts as they could, to make the presentation a lot more personally relatable for the attendee. I’ve been lucky enough to see very similar Titanic exhibits at both the Queen Mary in Long Beach as well as at the Luxor in Las Vegas, but fortunately a lot of the items exhibited here were still new to me. The exhibit displayed dishes, clothing, jewelry, currency, kitchen pots, toiletries, glasses, and even pieces of the Titanic itself, including engine room machinery, a porthole, light fixtures, and a metal deck chair support.

Going in we were given boarding pass cards describing a certain passenger that we were supposed to be. At the very end of the walk-through exhibit you try to find the name of your passenger on a large, wall-mounted list and discover whether you survived the sinking or not. I was third class passenger William Arthur Lobb, a 30-year old engineer from Scranton, Pennsylvania who worked for the Lackawanna Railroad and who was traveling with his wife, Cordelia. Unfortunately, neither I, nor my wife Cordelia, survived the disaster. Bummer.

After finishing that exhibit Lannie wished to see the terrific “All That Glitters” gem and mineral exhibit in the basement. This was my third time seeing this one and we went through it fairly quickly.

Following that, I wanted to ask one of the staff entomologists about all the butterflies migrating through San Diego County right now. After a quick phone call from the front desk, down from the upper floor offices came Michael Wall, Ph.D., the Director of the Biodiversity Research Center of the Californias and Interim Vice President of Research for the museum. Had I not met him before I would have felt a little stupid asking him about some butterflies I’ve seen flying around. But luckily he recognized me and we had a nice chat. He couldn’t answer my question but asked me to try and get photos or videos and sent him an email with the images.

With no photography allowed in the Titanic Exhibit and having already seen the gem exhibit twice before, this was a record for the least number of photos I’ve ever taken at a museum. 24 total, inside and out. And that included a shot of a survey marking showing the museum’s elevation at 287.86 ft above sea level (which I thankfully left out of this gallery). 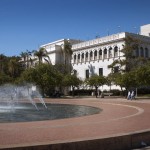 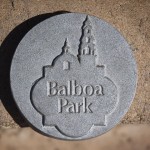 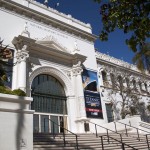 Old entrance to the museum 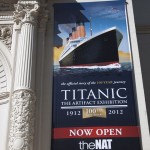 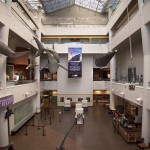 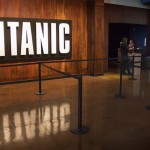 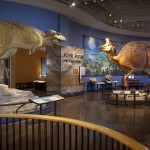 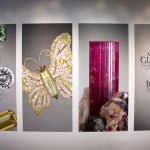 All Things That Glitter exhibit 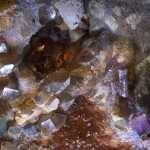 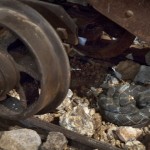 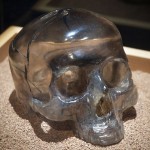 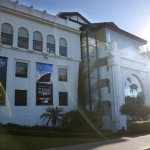 New entrance to the museum 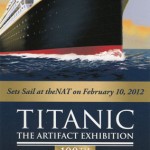 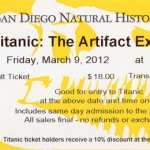 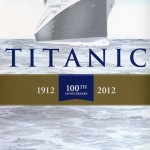 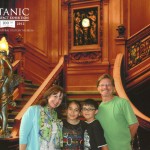 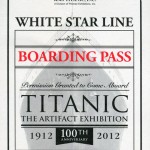 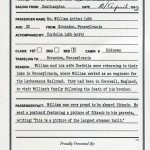 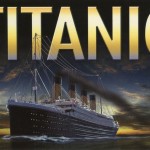 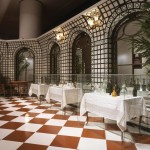 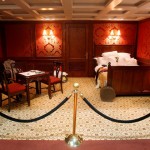