I attended a free one-hour lecture at the San Diego Natural History Museum last night. With the title “Biodiversity Development: The Path to Conservation of a Complex Wild Land” I wasn’t sure what kind of presentation to expect. All I knew was that I wasn’t allowed to take any pictures.

Even though the graphic artist in me who has spent years creating speaker support graphics cringed at the way a lot of the slides were presented, it turned out to be a really fascinating and educational presentation.

Introduced by Dr. Michael Hager, President and CEO of the museum, Dr. Daniel Janzen presented his information in a very casual and friendly way. Dr. Janzen is the Kyoto award winning Technical Advisor of the Área de Conservación Guanacaste and president of the Guanacaste Dry Forest Conservation Fund in northwestern Costa Rica.

His presentation covered the main aspects of his many years of attempting to catalog and restore the biodiversity of the area with a heavy emphasis on barcoding the DNA of the 350,000 species of plants and animals living in that small region of Costa Rica and on educating the local population, especially the children, on the importance of the bio-conservation of all the species along with their habitats.

He showed slides of butterflies that looked almost identical, that nobody would be able to tell were different species, unless you looked at the barcodes of their DNA. He used tiger conservation as an example of how saving the tiger is meaningless unless we also save its habitat. He showed many images of school children eager to learn about respecting the biodiversity of their lands and of the importance of conserving it. He also showed the mass deforestation that began after WWII, and how it’s slowly but steadily returning to its native state in the protected areas.

It was a truly eye-opening lecture that I was very glad to have attended. 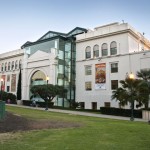 The NAT in Balboa Park 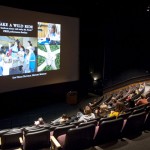 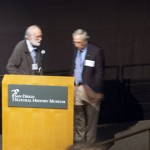 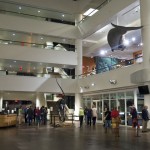