Had all the local family members come over to the house for a belated birthday dinner for my sister’s husband, Bill, who turned muffled mumble.

The meal consisted of a Hungarian stew/sauce (usually we make it with beef but this time my mom made it with chicken per Beata’s request for Bill) that gets poured over some home-made dumplings. Always a family favorite.

We also had some side veggie dishes as well as a cucumber salad prepared in a typical Hungarian fashion with a touch of salt and sour cream. Dessert was a fantastic Julian apple pie supplied by Beata.

Presents included a buttload of identical mechanical pencils, which I wish I would have gotten a photo of.

My younger brother, Bigboote, even called from New Mexico to wish a happy birthday to the birthday boy.

We also sat for two family portraits. One was normal, the other…not so much.

You can decide which is which. 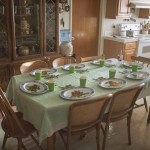 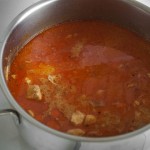 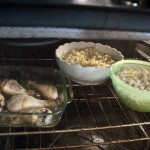 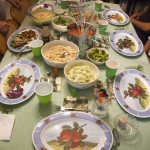 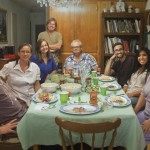 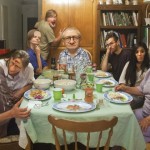 Without filters or adjustments 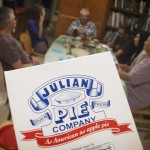 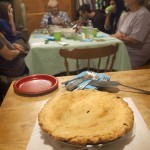 From the @MorningBrew crew on this May the 4th; Following the destruction of the Death Star, the Galactic economy was set to enter a depression of “astronomical proportions.”  https://www.morningbrew.com/daily/stories/2020/05/03/imperial-banking-system-far-away-fail

Your support is critical to the animals and plants in our care and vital to wildlife worldwide. Your gift will go directly to our most urgent needs and is more crucial now than ever before: http://sdzsafaripark.org/donate

Friends, we really need your help. Please ask your legislator to expand the Paycheck Protection Program eligibility to all nonprofits, regardless of size. @TeamPelosi @senatemajldr @GOPLeader

Fill out the form here: https://www.aza.org/legislative-education-center#/

#SleepingBeautyCastle all shiny and glowy and refl